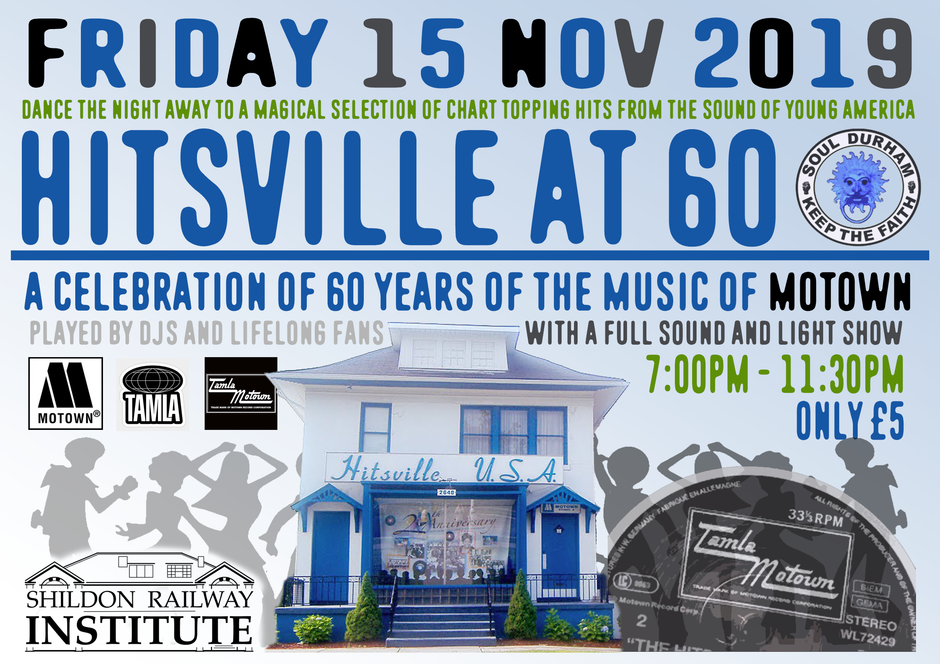 Of all the movements in popular music none capture the essence of 1960s 1970s or 1980s, nor inspire quite as much fierce loyalty from its fans as the sound of Motown; the label that brought you so many enduring and influential artists. The Supremes, Stevie Wonder, The Jacksons, Temptations, Smokie Robinson, Marth and the Vandellas, Edwin Starr, Diana Ross, Marvin Gaye, Four Tops; you could sit all night listing the big names that Motown brought into the limelight.

Motown founder Berry Gordy bought the now legendary Hitsville USA building in Detriot Michigan in 1959 and it became the first headquarters for his Motown label. Now 60 years on we're hosting our own celebration of the sound of young America taking in much-loved dancing music from right across the three decades that were dominated by the sound of Motown artists. It's a milestone well worth celebrating and promises to be a special night. We'd love for as many of you to join us as possible. Lets get it on!