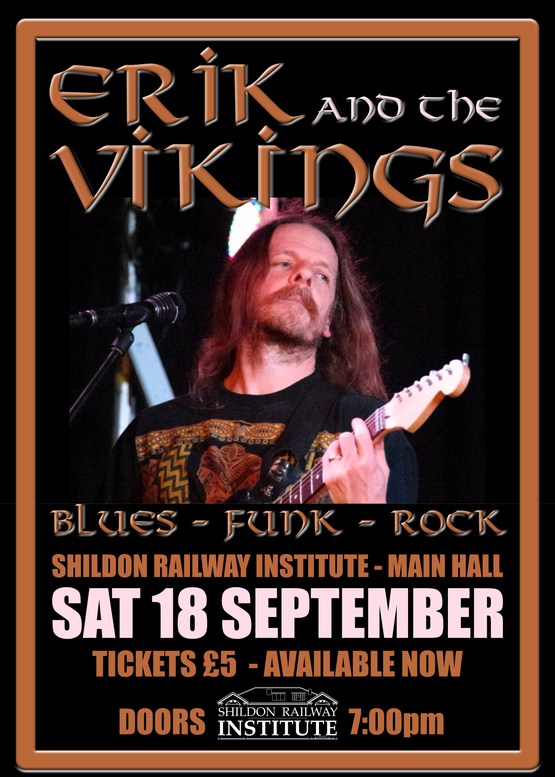 Tickets £5.00 - available from the Institute.

Tyneside singer/guitarist Eric Lewis had the idea to form the Vikings back in the early 1990s when he was working as a packer at an Icelandic fishery - and indeed the other two band members that made up the first iteration were Icelandic, with some legitimate claim to Viking heritage.

The more recent line up of the band features Billy Miller on bass and Graeme Hare on drums, and for a three piece band they produce a surprisingly rich and versatile sound that promises something for everyone.

This show will be a welcome return for Eric and the lads who last entertained at the Institute on the second night of the Chuffed to Bits Beer Festival back in October 2019 where they went down a storm.

Eric's fine grasp of how to put a guitar to work will bring you songs from across the blues, rock and funk spectrum, from Jimi Hendrix right through to Stevie Wonder, in a show well worth watching.