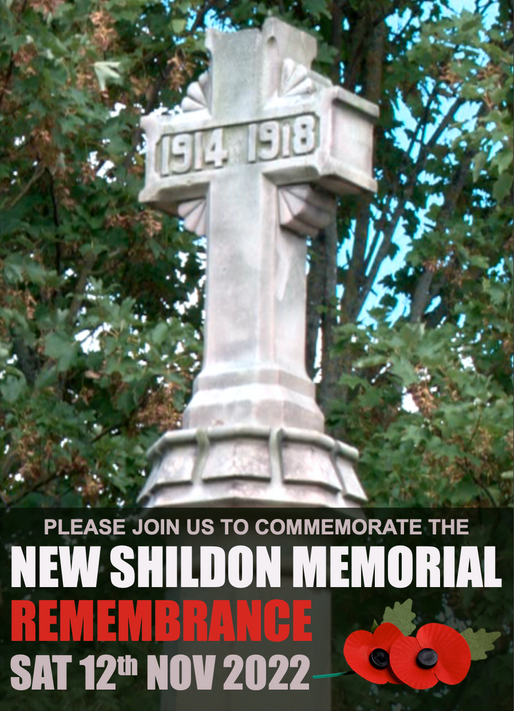 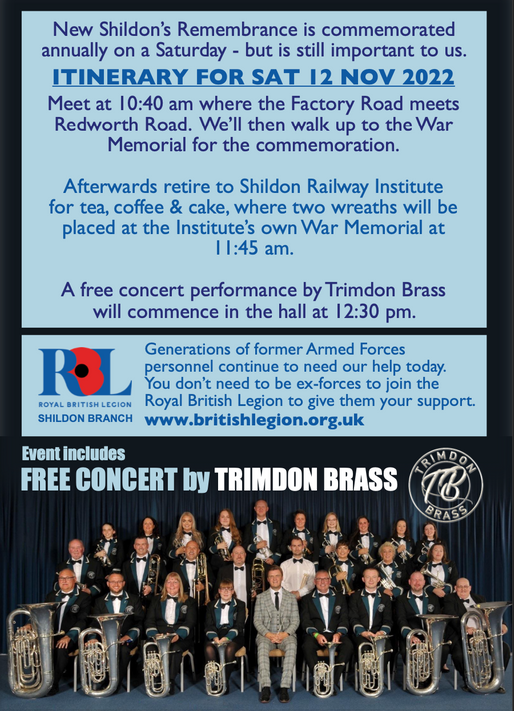 As has now become a recent tradition, Shildon Railway Institute will throw its doors open on Saturday 13th November following the Remembrance commemoration at the New Shildon War Memorial on Redworth Road.

Old and New Shildon were separate towns at end of WWI, each with their own parish church, and each had its own commemorative service. Nowadays the main remembrance commemoration takes place at the St John's Cenotaph on Remembrance Sunday, but as we have vowed that "we will remember them" the men named on the New Shildon Memorial are remembered each year on the Saturday.

All those attending the Saturday ceremony will be welcome afterwards to the Railway Instiitute's main Hall, where free tea, coffee and cake will be available.

At 12:30pm there will be a free concert performance in the Railway Institute's main hall by Trimdon Brass. This great band from our region, under the conductorship of Will Harrison, has been making waves in the regional brass contests in recent years and will be playing an entertaining selection of brass band music some of which has its origins right here in Shildon.